It also showcases some of these innovative school-based commemorative projects.

One Name on a Memorial

Here are some steps to help you research the name of a family member or person on a local memorial or the AWM Roll of Honour. Examine each of the steps and then get started!

LINK TO NORMAN McLEOD INTERACTIVE : DO NOT REMOVE/EDIT THIS

The following are some suggestions for Community Centenary Projects.

How has the RSL helped shape my community?

Creating a History Trail in my community

Here is a practical example of how a history trail can be created. Such trails take in memorials, homes of war heroes, street names, dedicated buildings and parks, RSL branches, historical societies, newspaper offices and more. This is a great way for young people to interact with veterans in their local communities.

Setting up a Community Commemorative Display

Why not work with the RSL, Legacy, the local history society, local schools and other community groups to set up a commemorative display in your community. This may be in the form of an honour wall, a ‘museum’ or family history display, a pageant, or some other appropriate representation of wartime experiences.

Rations in the Trenches

Have you thought of making some recipes from the trenches e.g. Bully Beef and Biscuits, Jam and Biscuits and Anzac Biscuits?

Once you have made these recipes you can organise an Anzac Luncheon to get some idea of the basic diet the soldiers experienced. They could also make each other food parcels from home and compare these to those sent to our troops in 1915-1918.

Making our roll of honour come to life

An important part of Anzac Day is gathering around a local memorial or shrine to pay respects to those who served ad gave their lives in wartime. You can research your local honour roll and perhaps a memorial with photos, artworks, symbols, memorabilia, flags etc. to help make a commemoration more meaningful.

See what some of the local people in a small Western District community did when they discovered that there was no longer a local memorial to those who served and died in the Great War – Condah Community, Western District of Victoria case study.

A Facilitated Conversation – Your Story 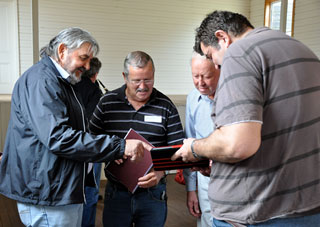 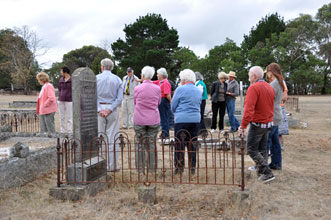 Members of the Condah community visit their local cemetery

A Facilitated Community Conversation (FCC) is a great way to involve veterans and the elderly in the Centenary of 1914 – 1918. The purpose of participating is to share knowledge and experiences, build understanding, promote subject matter learning and strengthen relationships and connections.

The aim of holding a community conversation about World War 1 is so we can learn more about what the community was like, what happened within it during the war and discover the stories of those who served in the war, as well as those who stayed at home. Through the conversation participants are able to explore how people faced uncertainty, coped with adversity and managed their differences.

These Conversations can be done in cooperation with local RSL branches, old people’s homes, sporting clubs, the Department of Veterans’ Affairs and other community groups. Here are some of the steps you will need to undertake to get your Facilitated Conversation underway.

The Australian Government Department of Veterans’ Affairs has appointed award-winning educational multimedia company Ryebuck Media to develop a pilot program linking secondary schools in Australia with schools along or near the Australian Remembrance Trail in Belgium and France.

The trail covers some 200 km of the Western Front where the Australians served from the Channel Coast in Belgium to Montebrehain in France.

This program is an important part of our countries’ joint commemoration of the 1914-18 war and is an official program under the terms of a Memorandum of Agreement between the governments of Australia, France and Flanders.

The pilot program initially involved the partnership of some 12 schools in Australia and 12 from France/Belgium.

The schools in France and Belgium were especially selected because of their links with Australian communities from which soldiers and nurses volunteered to serve on the Western Front. 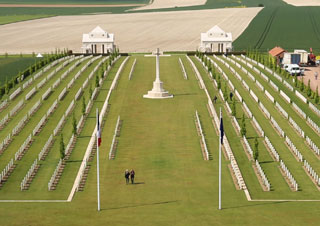 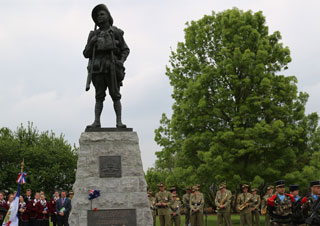 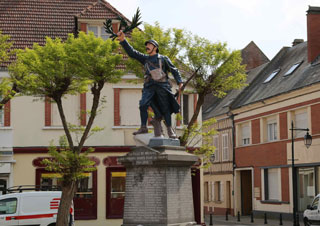 The program is well resourced and encourages the Partner Schools to develop future collaborative programs post the centenary years.

Ryebuck Media recently filmed along the Western Front and has produced a cross-curriculum package which was introduced to French and Belgian schools during November 2014. It comprises some ‘starter activities’ and a special website where schools and students are able to find out about each other and share the wartime experiences of their respective communities. You are welcome to view the site at:

In the near future we will be inviting more schools to participate in this unique educational program.

Please contact our office manager Bernie Lightfoot if you would like your school to participate or would like further information. We have a number of French and Belgian schools very keen to officially adopt an Australian partner school.

The Youth Challenge program developed by Ryebuck Media provides a unique opportunity for secondary school students to investigate important issues and events within a structured framework and to exchange informed views with their peers, political leaders, ADF mentors, members of the RSL and other community representatives.

The RSL Centenary Youth Challenge series is a key initiative in the RSL’s desire to inspire our youth to keep the flame of our military traditions and community service alive – to ensure the League has a footprint in the future and that the ANZAC spirit has meaning and relevance to young Australians.

At these one-day events participants are ‘trained’ in decision-making and leadership skills and are encouraged to become ambassadors for the cause that they are addressing – in this case – How can we keep the Anzac spirit and the legacy of the RSL alive? How can we ensure that ‘their spirit lives on’?

Watch the video to find out more and how you can become involved.