What is the ANZAC Centenary?

Between 2014 and 2018 Australia will commemorate the Anzac Centenary, marking 100 years since our nation’s involvement in the First World War.

The Anzac Centenary is a milestone of special significance to all Australians. The First World War helped define us as people and as a nation.

During the Anzac Centenary we will remember not only the original ANZACs who served at Gallipoli and the Western Front, but commemorate more than a century of service by Australian servicemen and women.

The Anzac Centenary Program encompasses all wars, conflicts and peacekeeping operations in which Australians have been involved.

The Program aims to give all Australians the opportunity to honour the service and sacrifice of all those who have worn our nation’s uniform, including the more than 102,000 who have made the supreme sacrifice.

It also aims to encourage all Australians to reflect upon and learn more about Australia’s military history, its costs and its impacts on our nation. 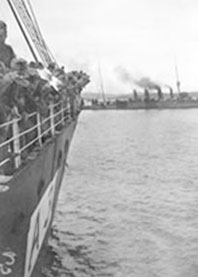 On 31 October–2 November 2014, Australia will commemorate the 100th anniversary of the departure of the first convoy of ships that carried the Australian Imperial Force and New Zealand Expeditionary Force to the First World War. The convoy departed from Albany in Western Australia on the morning of 1 November 1914.

The Albany Convoy Commemorative Event (ACCE) will involve a series of activities including a commemorative service, gathering of naval vessels, ship visit program and troop march. Additional activities will be organised by the local community to complement the national event.

On Anzac Day, ceremonies are held in towns and cities across the nation to remember all Australians who served and died in all wars, conflicts, and peacekeeping operations.

For information about Anzac Day ceremonies in your local area, contact your local Returned Services League sub-branch or ex-service organisation for details.

Each year the Department of Veterans’ Affairs (DVA) runs Anzac Day Ceremonies in Turkey and France.

Anzac Day ceremonies are conducted by Australian Embassies and High Commissions at various locations around the world. For information regarding Anzac Day commemorations in a specific country, please visit the Department of Foreign Affairs website. Click on the relevant country to link to their webpage and visit the Events section.

For full details of Remembrance Day ceremonies overseas, please contact the Australian Embassy, Consulate-General or High Commission in the country you are visiting. Contact details and travel advice can be found by visiting the Department of Foreign Affairs and Trade website.

Throughout the Anzac Centenary 2014-2018, Australia will be engaging with other relevant countries to commemorate the 100th anniversary of the First World War and other significant military anniversaries that take place during the 2014-2018 period.

Click here for the latest news about the Anzac Centenary. 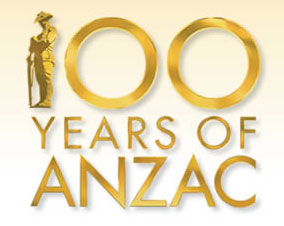