By RACHAEL HOULIHAN
THE STANDARD (Warrnambool)

CONDAH celebrated its connection to World War I with more than 60 people enjoying a night of music and a feature film.

Tim Gurry, from Ryebuck Media, screened his 30-minute film called ‘Walking In The Footsteps of The Condah Anzacs’. 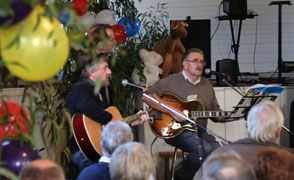 Dennis and John Turner and Terry Sim belt out a popular tune. 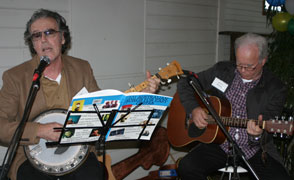 Tim Gurry and Kevin Manning do a rendition of the popular and jovial World War 1 tune ‘Dink Di’.

Organiser Maryanne Martin said the film was very well received. “It was very moving as it followed soldiers from the community who had gone to war,” she said. 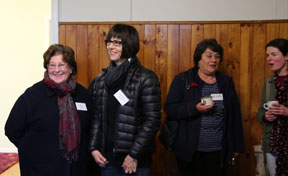 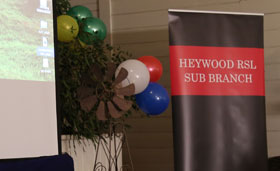 “Personally (it was) very moving for me as one of the soldiers followed was my great-uncle Norman ‘Scotty’ McLeod who was killed on May 31, 1918, having survived Gallipoli and two-and-a-half years on the Western Front to be killed by a shell whilst sleeping in a barn behind the lines.

Guests enjoyed meals similar to that likely to have been served in 1914-18.

Mr Gurry also sang a song that his great grandfather had sung in the Condah Hall on December 19, 1914.

“It was called There’s A Land,” Ms Martin said. “Originally the song was sung for a war fund-raising event.” 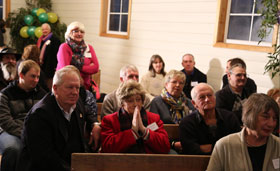 Guests enjoy the music and the film. 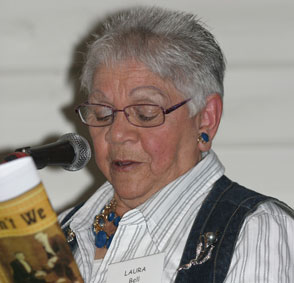 Laura Bell, daughter of Amos Lovett, a veteran of both world wars, sings ‘Why can’t we have a rag about Australia?’ 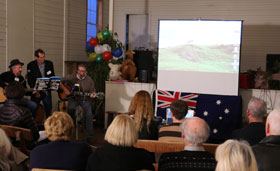